Anatomy of Hotel and Resort Photography: A Guide. Episode 9

Anatomy of Hotel and Resort Photography: A Guide. Episode 9

My friend Clint Abbott, a master woodworker and budding designer made a unique long table for his sister.  He asked me to photograph it.  The problem was that its heavy and takes 3 people to move it around.  I took the challenge.  The first thing I thought was to shoot the piece in a living environment. However, once we set it up the table didn’t stand out. We decided to photograph it by itself instead.  That way you could concentrate on the table instead of it’s environment.

We shot on a white background using tungsten Fresnel lights (Arri).  I had to convert the tungsten lights(3200 degrees kelvin) to daylight(5600 degrees kelvin) by using Rosco converter gels – Full CTB  - Colour Temperature Blue.  The blue gels takes the 3200 degree output of the light fixture and converts it to 5600 degrees daylight.  I had to do this since we were shooting in a live location and had no control of the daylight coming in from the windows.  If I hadn’t converted my lights to match the interior conditions and shot tungsten(again 3200) there would have been parts of the table that would have had some blue colour, (from the daylight coming in from the windows) and that’s not good.  Also, the really important part of this was to see the detail in the design as well as the wood grain and texture. I didn’t want any weird colour to be affecting these. 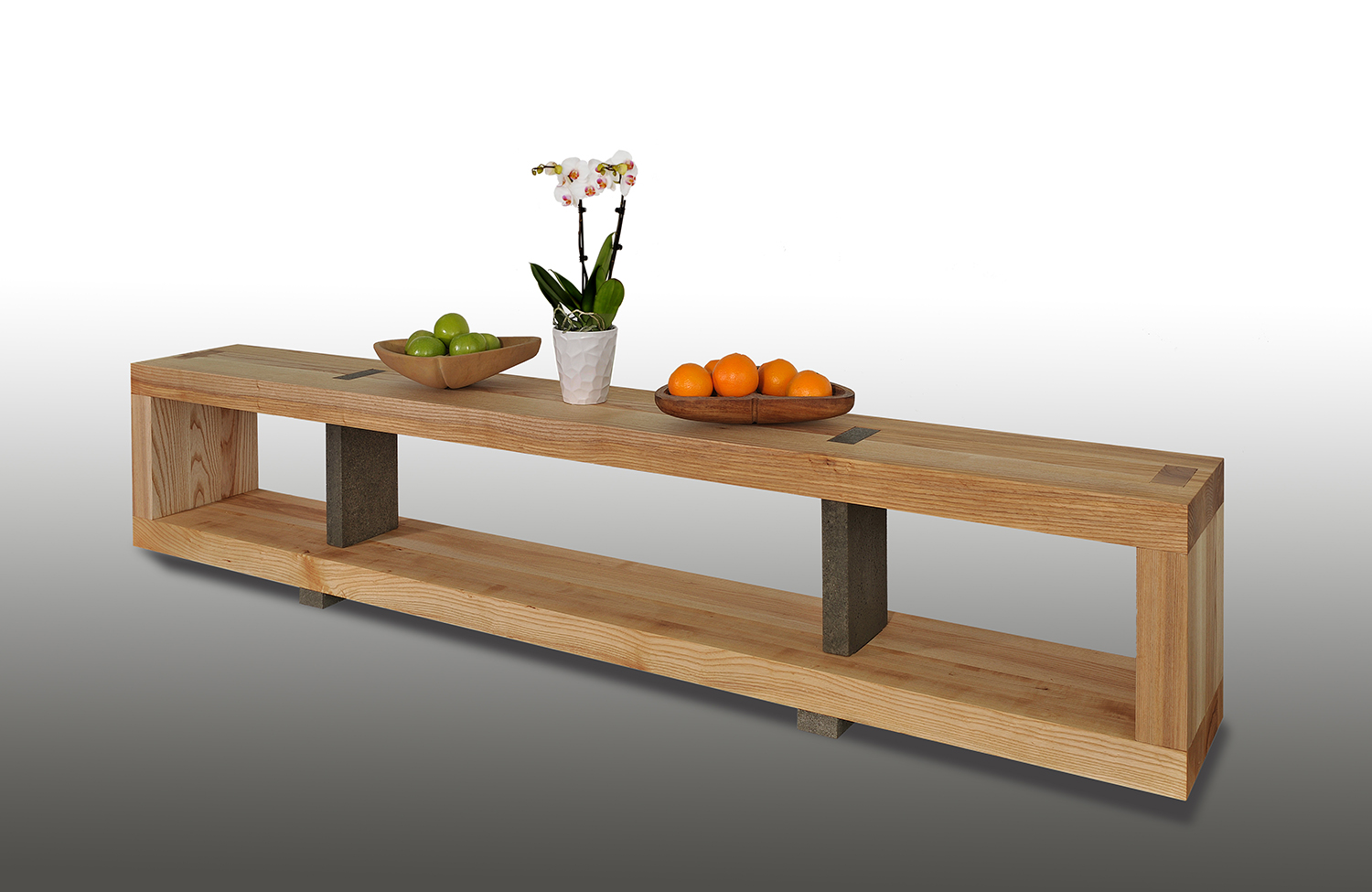 One major problem we encountered was that since the table was so long, you really didn’t get a sense of scale.  So, we introduced some tasteful props to give it scale.  These included an orchid in a white pot and some fruits in interesting bowls.

I also took some detail shots to show off Clint’s creativity and workmanship. 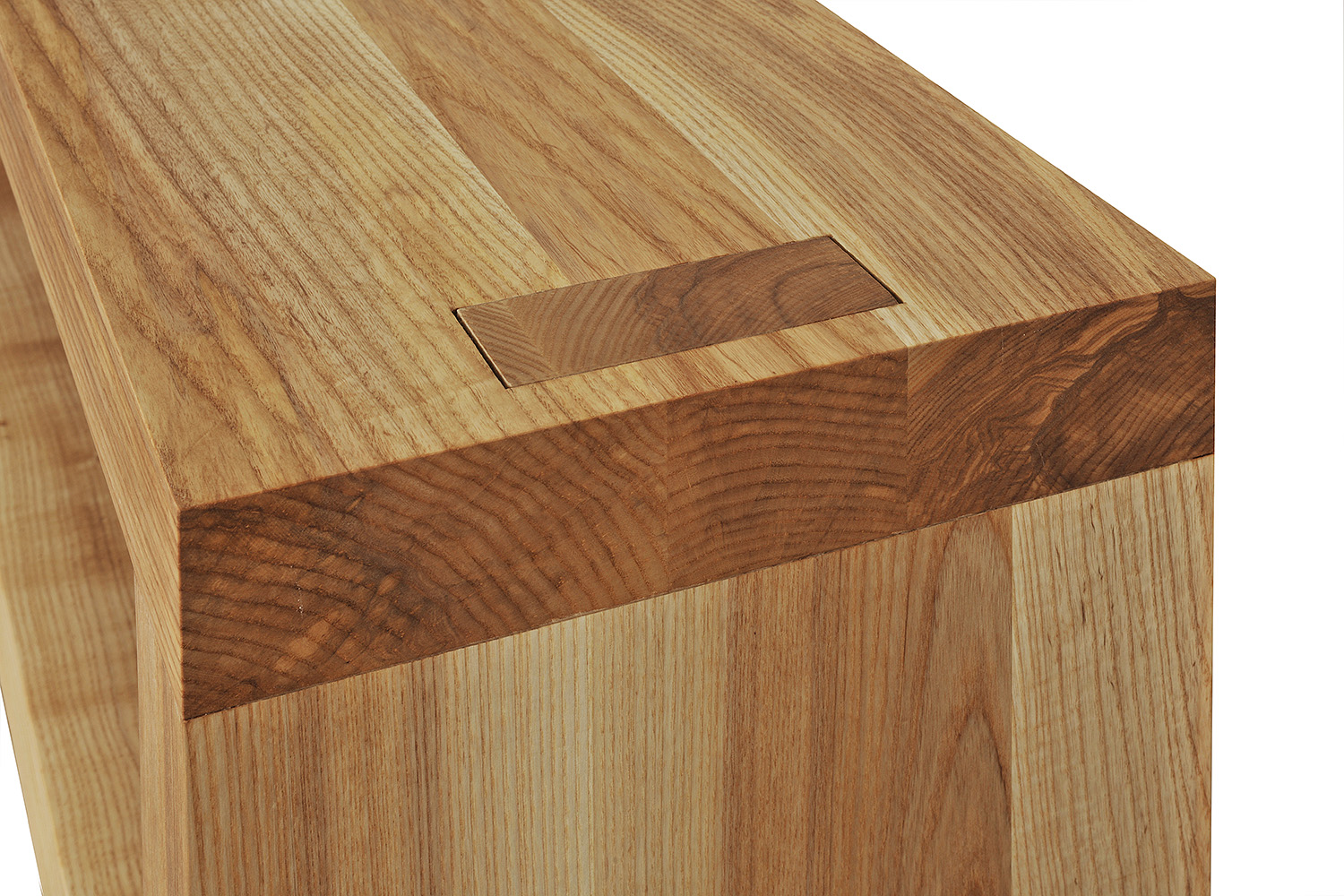 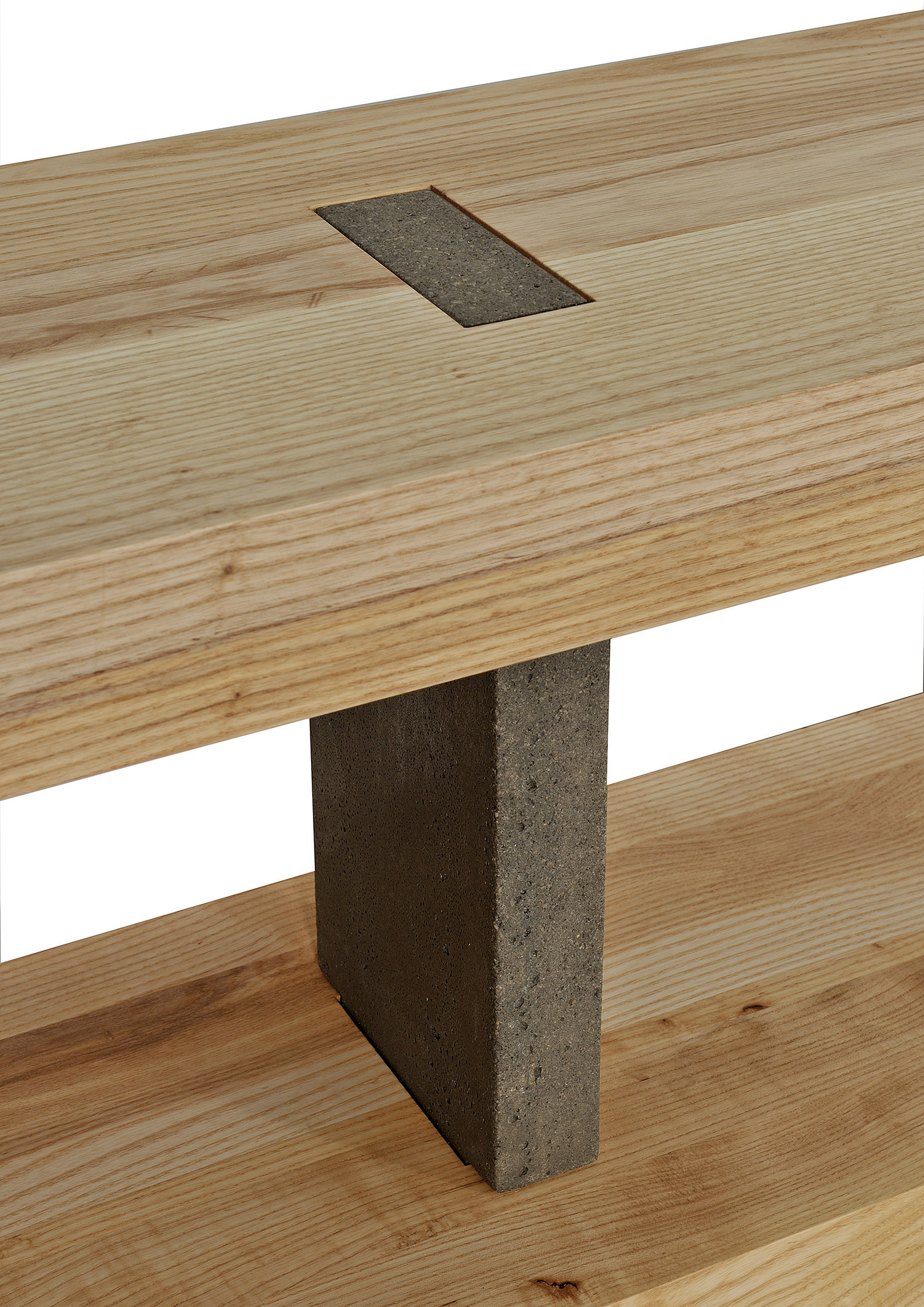 I shot with my Nikon D3x and the full 24megapixels and balanced the camera to daylight. The D3x sat on my trusty and heavy old Gitzo tripod. Since the f stop was 14, the shutter speed was 2 seconds, I needed a really heavy tripod so the camera wouldn’t shake. In these cases, I also use the “mirror up” function of the camera and a cable release. When I depress the cable release once, the camera’s mirror opens and locks, then I depress the cable release again and the lens iris opens and the shot is taken.  This further prevents vibration from affecting the image.

Once back in my studio, I input the images into photoshop and away I went.  I really love the D3x and the Nikon lens.  The image was razor sharp and wood grain just popped.  I did what’s called a “close cut” and cut the image out of it’s existing environment.  I then created a new image, filled it with white and copied the shot into that.

What I found was that even though it was a nice shot, the table looked as if it was floating in air. I then made a gradient from dark grey at the bottom to white at the top and copied the table image into that.  It looked better, but still no joy.  What worked eventually was to create a shadow under the table so that it looked as if it was sitting on the floor instead of floating in mid-air. So when you look at the shot you look at the table in isolation which is what we wanted in the first place.

Clint can now take these images and market himself.

When I’m photographing interiors for hotels and resorts, I have to many times rebuild furniture( in photoshop of course) to fix scratches, dents, marks, colour fade, etc. I always like to make sure you can see the detail in the furniture.