Anatomy of Hotel and Resort Photography; A guide. Episode 4

A camera’s shutter speed controls the duration of the amount of light that hits the sensor.  Done creatively, it can help to convey action by blurring the image or by freezing it. When the camera’s shutter is open, it allows light to enter through the lens and then onto the sensor plane.  In older film cameras  a black curtain of material or thin metal opened and closed to allow light in. Now with digital cameras light is let in via the lens opening and closing a set of very thin interlocking blades called, “leafs.”  The term “shutter speed” represents and average amount of time hitting the sensor over a timeframe.

Basically, if the image contains moving objects or subjects, you have to decide whether or not you want them to be crystal clear or to be blurred.   The control of the shutter speed is not done in isolation without affecting the exposure or image quality. Shutter speed is measured in seconds or in fractions of a second.   The larger the number, say 1000 the faster the speed.  Numbers below 100 are considered to be slow shutter speeds.  My rule of thumb here for normal hand held shooting is too keep the shutter speed above 1/100th of a second. If you can shoot with a slower speed, say 30th of a second and still have a clear(non-blurry) image, my hat’s off to you. Anything below 100 is hard to hand hold because of shaking the camera when you depress the shutter button.  This is precisely why I always use a tripod to do hotel work because I am always using long exposures, sometimes as long a 1-2 minutes. 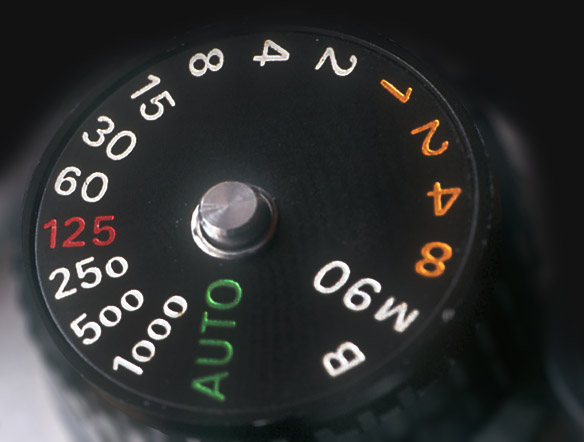 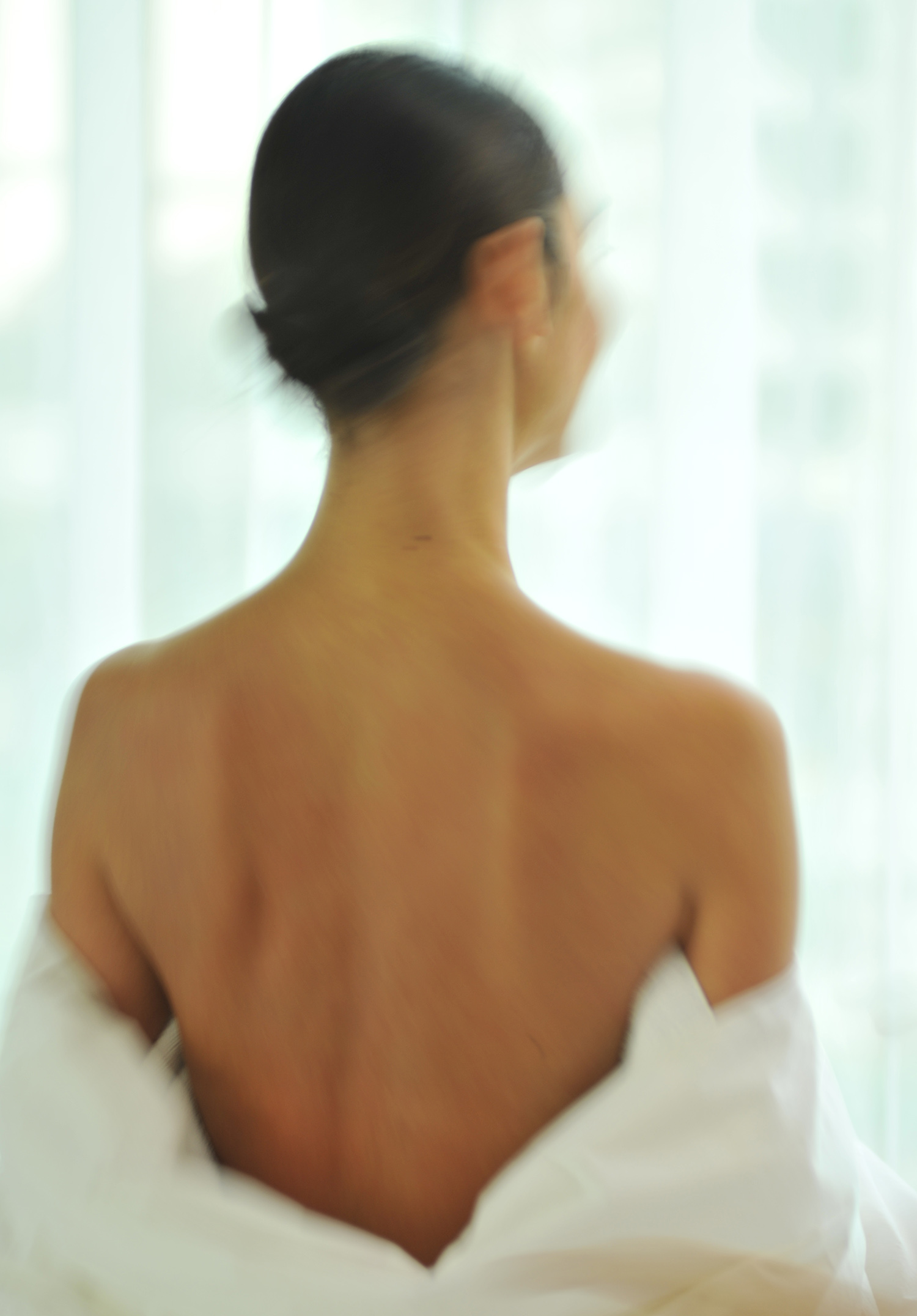 Shutter speeds on your camera, in manual mode of course, are approximately doubled with each setting. 1/30th,  1/60th,  1/120th, etc.  Every time you move the dial you are increasing or reducing the light coming in by one stop.  Your camera may have what’s called  “bulb” mode, which means that you can keep the shutter open for longer periods of time. 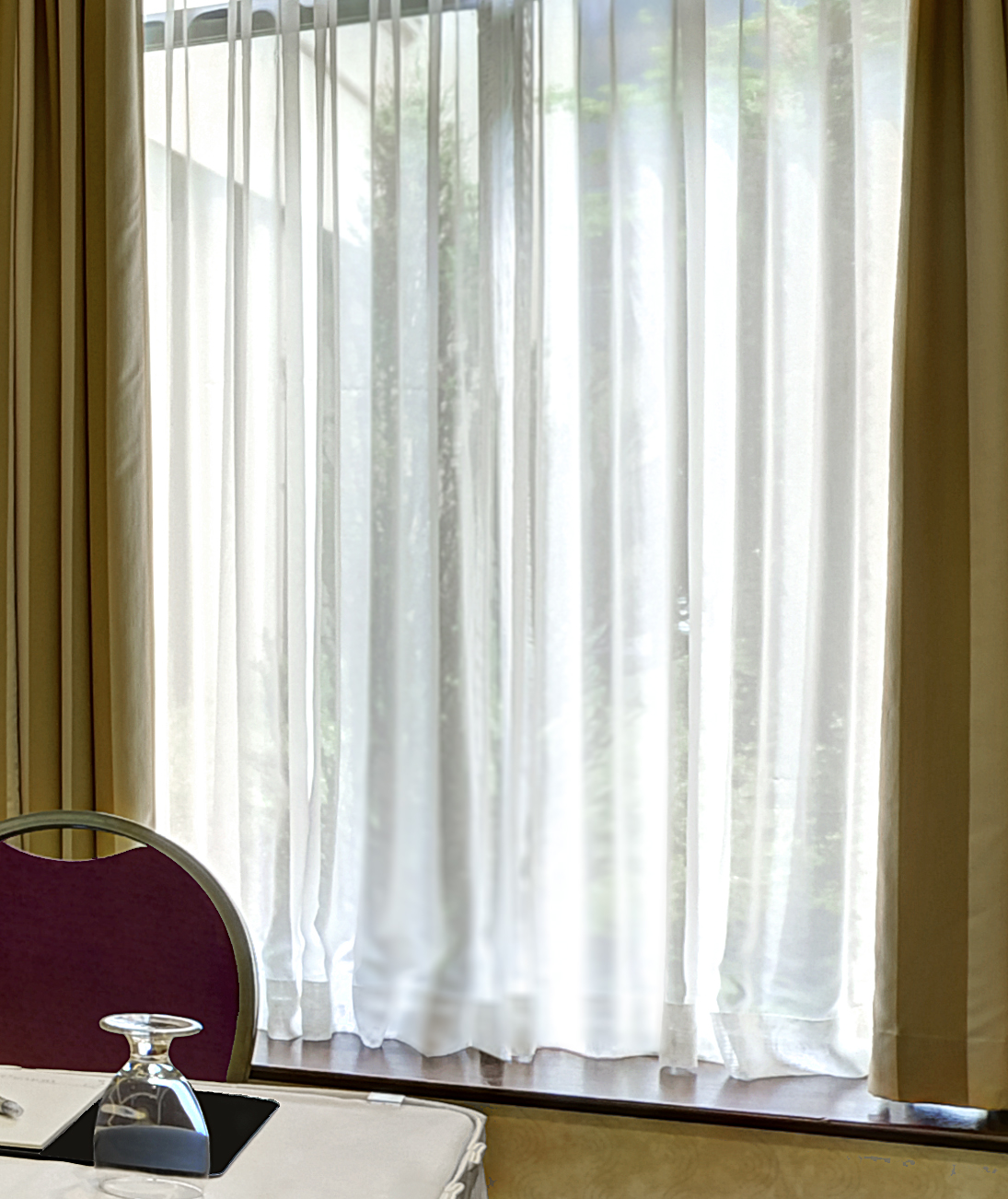 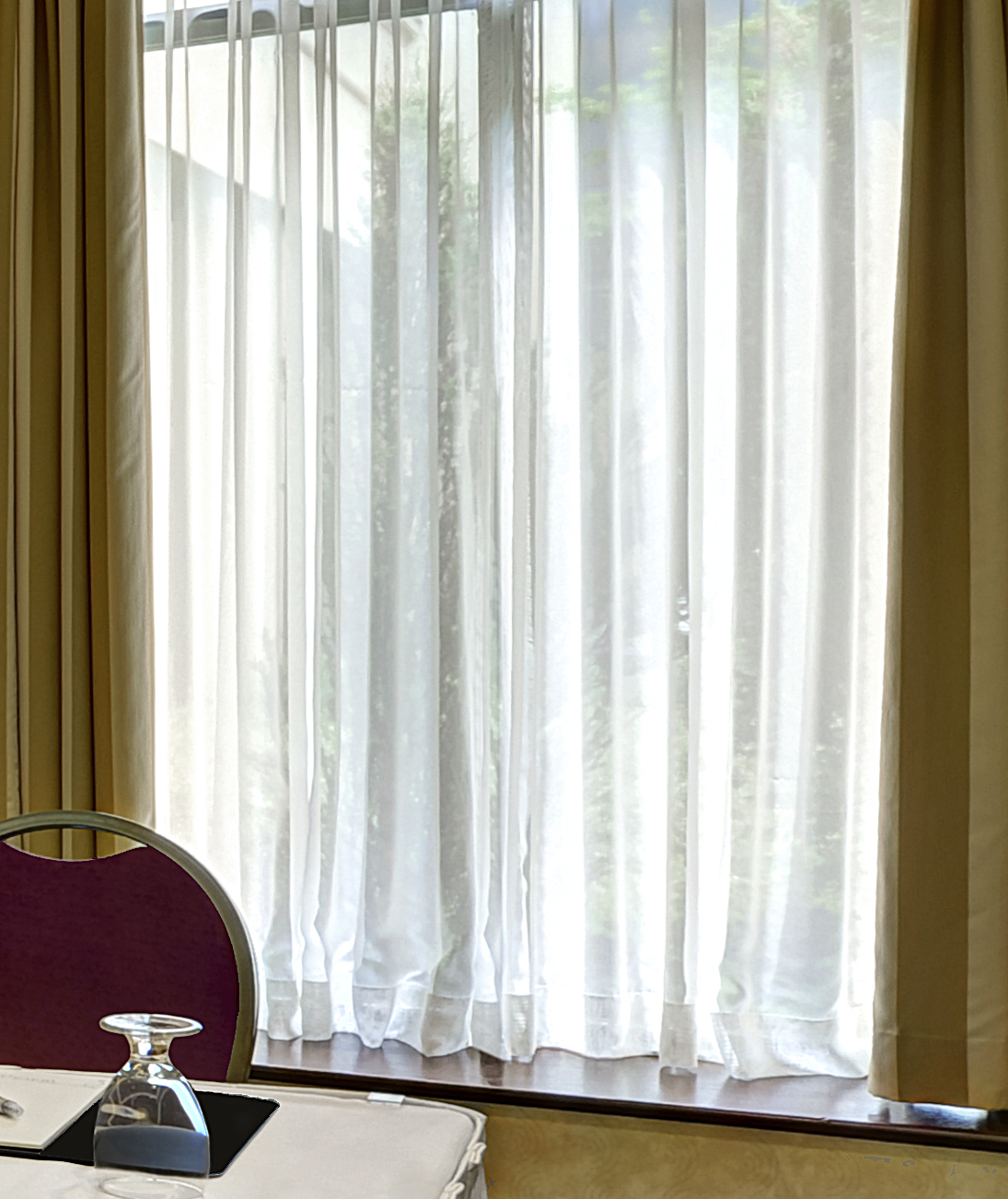 When shooting interior such as this, you really have to concern yourself with shutter speed and things moving around in the shot.  Usually, interior shots are done using long shutter speeds, and therefore anything like window sheers, curtains, flowers,  leaves on small trees, etc., can become a problem if not considered ahead of time.

The technical stuff now.  Remember that shutter speed control does not work in isolation.  If you adjust the speed from 1/60th to 1/125th you will be cutting the amount of light hitting the sensor by 1 stop, which means to get the same exposure that you wanted, you will have to open the lens aperture by one stop and visa-versa.  It’s all just math. 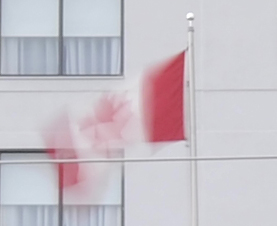 Here is another example where the wind can play havoc with your images. Great shutter speed for the building, but not for the flag.  The solution?  I had to reshoot the flag at faster shutter speed, and strip in in with photoshop.   There is always a solution.

Anatomy of Hotel and Resort Photography; A guide. Episode 3

Anatomy of Hotel and Resort Photography;  A guide. Episode 3

f-stops are the numbers you usually see on ring or dial of a lens – f 1.8 or f 8 or f22.   These f-stops numbers relate to what is called the “aperture” and can be adjusted by turning them on the lens barrel.  In normal lens, the aperture is a diaphragm opening that can be adjusted to open or close.  The f-stops correspond to whether the hole opening is wide or narrow. 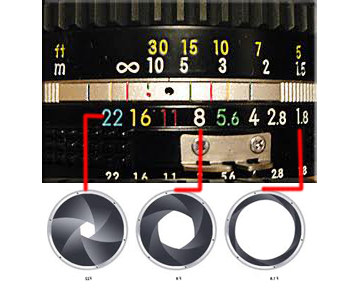 The numbers 1.8 to 22 on this lens actually control what is called Depth of Field(DOF).  DOF is the area between the nearest and farthest objects that are in focus. Preferred DOF , what is in focus and what is not, is of course subjective.  The proper use of DOF though, is what moves your eyes around the image, and is what make a shot great.  You can use depth of field to control how someone views your image. 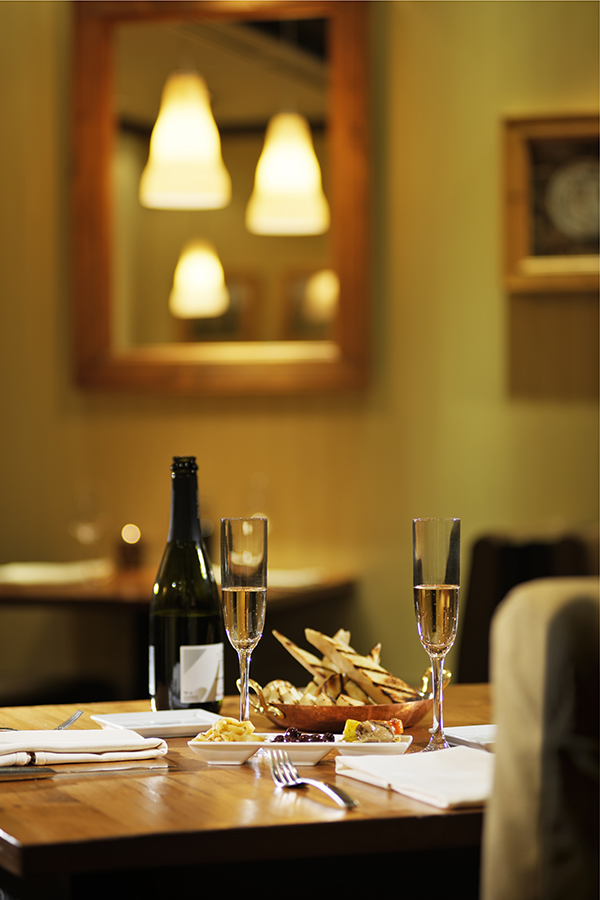 This shot of a table setting in a restaurant was taken with a very narrow DOF which shows the setting and food  in sharp focus and the background out of focus. This makes you look at the table setting(which is the intent) rather than the whole room.   To get this you would use a very narrow depth of field, around f4.

This interior shot shows a large DOF, meaning that everything in the shot is in perfect focus.  This was shot at f22. 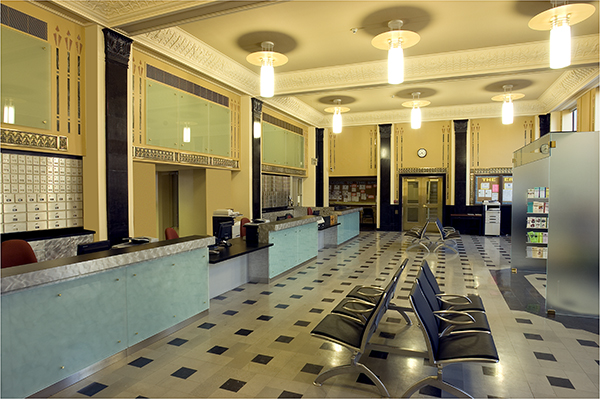 Depth of field is very important to any shot you take.  It all depends on what you want, but you have more creative control when you understand the theory and how to us it.

My next blog will be an exploration of “shutter speed” and how it relates to depth of field.

Anatomy of Hotel and Resort Photography; A Guide - Episode 2

Anatomy of Hotel and Resort Photography;  A guide.

Episode 2; The Basic Equipment you need.

In today’s fast paced technological change – new ideas, new computer programs, new cameras, etc., the basics of photography still hold true.  You still need a hi-resolution camera and a heavy tripod.  Many people will disagree with me because they believe that Photoshop can fix everything.  I love Photoshop and use it all the time.  However, it’s overuse can make images feel “mechanical” instead of “emotional.”  My whole concept has always been to get the image “in camera.”  Do everything you can to make the image great before you release the shutter.  Old school?  Probably, but this methodology has always worked.  The benefit of this is less time doing Photoshop and more time capturing images.

My first camera (in the days before Photoshop) was a Sinar 4x5.  The actual film was 4 inches by 5 inches and if you wanted to go crazy you could get an 8x10 back – the film being 8 inches by 10 inches. The benefits of this camera was that you could move the film back and the lens independently and get perfect horizontal and vertical lines  Also the  4”x5” negative or transparency size produced really hi-res images great for large venues such as sides of buildings or highway billboards.  This was a great analog camera for its time and I enjoyed using it.  However, for practical purposes, I can’t use it in the commercial world today. Firstly, you have to buy the proper film.  Secondly, you have to process the film.  Thirdly, you have to scan the film to a digital format.  You also had to shoot Polaroids so you could see the proper exposure and composition.  When you were shooting with this camera, there was no room for error.  You either got the shot or you didn’t.  There was no way of fixing any mistakes.  So people using this camera had to be really disciplined in image capture.  Oh, did I mention that the image you were seeing at the back was upside down?  You got used to having neck pains.  I should stop here since I could go on and on about this.

Back in the day, this Sinar 4x5 camera was my camera of choice for photographing hotels and resorts. 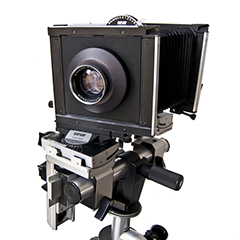 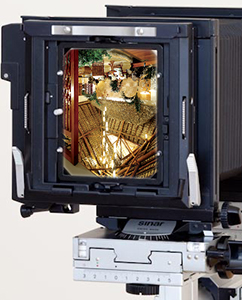 This shot of a spa in Mexico is a good example of a 4x5 image taken with the Sinar camera – 90mm Roddenstock lens at f22.  This was shot at nighttime, but I used heavy lighting in and out of the spa to make it feel like a daytime shot. 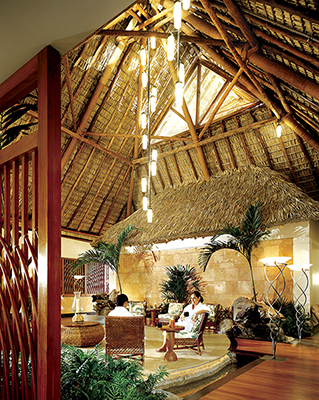 What we all did learn through those years was the discipline of image capture. Focus, proper composition, image stability, manual focus, sharp lens, the use of the right film – be it daylight or tungsten, proper metering for exposure,  etc.  All of these concepts still hold true with digital cameras.  Today, you need a camera that is at least 24 megapixels.  This will give you a high-resolution image that will be acceptable to clients.    You still need a heavy tripod to prevent vibrations.  Lens still have to be sharp and you have to know colour theory to get the proper white balance.  Don’t forget about proper exposure.  Even though I have a digital camera that is hi-res and with all the bells and whistles, I still shoot everything manually – manual focus, manual exposure, manual white balance.  This is how I get the essence of the image.

I can’t stress enough the importance of a good and heavy tripod.  I use the older style heavy metal Gitzo tripods made in France.  They have served me well over the years.  They lock tight and will not move in the wind.  If you do a lot of HDR-High Dynamic Range-photography a heavy tripod is a must.

I know that I am going fast and furious here with the terminology and promise that in my upcoming blogs, that I will be more explanatory.   Suffice it to say that the basics like a great camera, sharp lens and heavy tripod are still required to do great hotel and resort photography.

The crowds at Circus Maximus (Rome) watching the soccer match between Italy and Spain, July 2012.  Nikon D3x, Nikkor 28mm 2.8 lens and my trusty Gitzo stystematic tripod. I shot this as a panoramic.  The Italians went crazy.  Sad they lost.